A new independent body has been launched to examine the system response to women who have experienced violence and abuse. The Backbone Collective ... 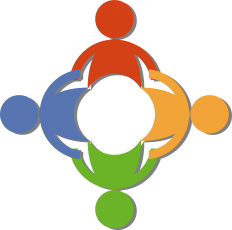 A new independent body has been launched to examine the system response to women who have experienced violence and abuse.

The Backbone Collective (TBC) is a national collective for survivors of violence against women.

Backbone has been cofounded by Ruth Herbert, Deborah Mackenzie and Tania Domett.

Ruth Herbert said "Many women tell us they have to battle the system and that it leaves them feeling unsafe and re-traumatised. Others tell us that they returned to the abuser as keeping themselves and their children safe and rebuilding their lives was just too hard."

Backbone will anonymously survey women about their experience of the response system and report this evidence to highlight problem areas and advocate for change. It will work with agencies to implement change if requested. Backbone will also act as a watchdog of the government and response system. It will track progress against government work programmes and recommendations from other major reports.

Women who have experienced violence and abuse are being invited to register with Backbone (if it is safe to do so - see information on technology and privacy).

A press release to launch the collective highlights the importance of voices of service users being heard while planning, implementing and evaluating services and new initiatives in order to provide higher quality and more efficient and accessible services.

Prior to launching Backbone, the cofounders carried out a survey which had 156 respondents. Key findings include:

Ms Herbert said that tellingly, there is no review process of the current response system, which means there is no way to readily identify where the system is failing and to make improvements: "You can’t fix what you don’t measure. We need to monitor and measure the system to see where it is going wrong."

In an interview with Newshub, Ms Mackenzie said: "At the moment there is no way for women to tell agencies and social services about what it is they need and women's voices are often silenced and minimised. Our mission is to make sure [women] who experience violence and abuse in New Zealand have the opportunity to say how they need the system to respond to them. It's very difficult for women to speak out because it puts them in danger - not only from the person that abused them, but also from the system."

A separate press release identified the justice system, including the Family Court, as the most important part of the system to focus on in future surveys.

The survey also asked whether respondents thought the people who currently respond to survivors have a good understanding of survivors needs and what will keep people safe. The report says:

"The majority of you told us that the level of understanding of those working in the system is variable:

People can get involved by registering to receive updates, following on Facebook and more - see The Backbone Collective website.

Govt to toughen up domestic violence law amid criticism, RadioNZ, 06.03.2017