The Government has announced a new youth advocacy service, VOYCE – Whakarongo Mai, will begin operating as a new non-government organisation ... 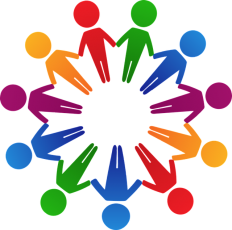 The Government has announced a new youth advocacy service, VOYCE – Whakarongo Mai, will begin operating as a new non-government organisation (NGO) in April 2017.

The service is intended to help connect children and young people in state care with each other, and to ensure young people's views are included in developing Oranga Tamariki, the Ministry for Vulnerable Children. VOYCE - Whakarongo Mai stands for ‘Voice of the Young and Care Experienced - Listen to me.’

The service is being set up in partnership with children and young people who have been in care; four philanthropic funders (Tindall Foundation, Foundation North, Todd Foundation and Vodafone Foundation); Oranga Tamariki, the Ministry for Vulnerable Children; and NGOs such as Ngāpuhi Iwi Social Services and Dingwall Trust. Initial government funding of $1.2 million has helped set up the new service, with a further $6.9 million to be contributed by the government through to June 2019 to help build its capability.

VOYCE - Whakarongo Mai will have a national centre in Auckland, with a network of local partners and communities. Its services are intended to expand to include an intensive individual advocacy function with networks and regional hubs throughout the country over the next four years. Recruitment is underway to find a Chief Executive to lead the NGO.

Minister Anne Tolley said "In addition, a Youth Advisory Panel made up of young people in care or with experience of being in care, will continue to advise me on all aspects of the overhaul and the implementation of a completely new care system."