The Ministry of Social Development's (MSD) latest update on "sexual harm" has an update on contracting crisis support services in geographical ... 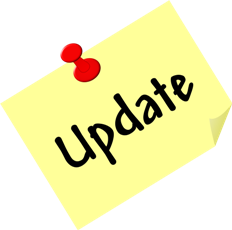 The Ministry of Social Development's (MSD) latest update on "sexual harm" has an update on contracting crisis support services in geographical areas with service gaps.

MSD ran a tender process to meet gaps in crisis support services earlier this year. A number of providers have received contracts in the Midlands, Central and Southern regions. A list of contracted providers is included in the update. The work to finalise contracts in Auckland is still progressing.

Geographic gaps remain in 12 areas (six in the Midlands region and six in the Southern region). MSD will be running a new process to address those gaps. A Registration of Interest (ROI) will be released on 14 December 2017 on Government Electronic Tenders Service (GETS).

A briefing will be held on 19 January 2018, via video conference, to explain the service requirements and the approach to the tender. Further information will be provided on how to register for this briefing.

Read the 8 December 2017 full update on the MSD website. You can also read all past updates and sign-up to receive future updates.

Update: The call for registering interest is now accepting applications. See the most recent 15 December 2017 MSD update for details.

The Male Survivors of Sexual Abuse Trust (MSSAT) has published an update about their work in 2017 and plans for 2018. As one of a number of projects, MSSAT has been working with MSD to develop a peer support service model.