Meetings have recently been held to discuss violence against women in the Pacific, and family violence in Pacific families in Aotearoa New Zealand. The ... 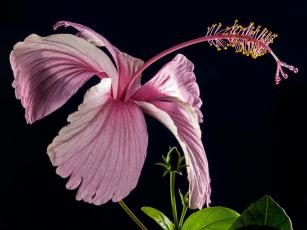 Meetings have recently been held to discuss violence against women in the Pacific, and family violence in Pacific families in Aotearoa New Zealand.

The Pacific Women's Network Against Violence Against Women (PWNAVAW) is holding its four-yearly meeting in Fiji, from 12-19 August. The meeting brings together practitioners, government agencies and their representatives and organisations responding to violence against women and children. The 2016 meeting is being attended by 75 people from 13 countries and territories, including the Cook Islands, PNG and Bougainville, Federated States of Micronesia, Kiribati, Nauru, Samoa, Solomon Islands, Tonga, Vanuatu and Fiji.

Among the topics on the agenda at the Regional Network Meeting are the current issues impacting on women's human rights, gender equality and eliminating violence against women and girls in the Pacific within the Sustainable Development Goals. The meeting will hear country updates on the work at a national level and how it links to regional and international mechanisms aimed at ending violence against women and girls. Religious fundamentalism, patriarchy and cultural barriers and how they affect the rights of women and girls to live a life free from violence will also be discussed.

In New Zealand, Pacific leaders from churches and social services around the country came together for the first time at a Pasefika Proud National Pacific Leaders Fono, held in Auckland in June. The fono was hosted by the Ministry of Social Development, to find solutions to end family violence in Pacific families.

Four responses from the frontlines were showcased at the event. Two were presented by Pacific providers of health and social services (The Fono - Auckland / Northland regions and the Aere Tai Pacific Midland Collective - Midland region), and two faith based organisations (Churches Unite and Affirming Works Limited).

A National Pacific Leaders Fono Report has been published. The report aims to summarise the key themes and community voices from the Fono, both for those who participated and those who couldn't make it, and to guide the work going forward. The report covers: government priorities, service innovations, growing the knowledge base, and working together.

Pacific activists call for urgent action over next two-years to address violence against women and girls, Asia Pacific Report, 24.08.2016