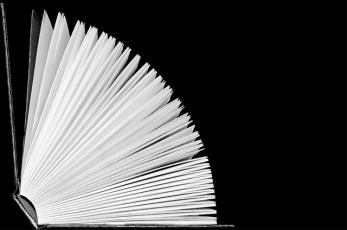 Kia Rangatira Te Mahi and He Tapu Te Tinana were endorsed by the Minister of Māori Affairs, Te Ururoa Flavell, at a function hosted by Te Kupenga Whakaoti Mahi Patunga in Auckland on 3 December 2014.

Te Kupenga co-chairs Takurua Tawera (Māori caucus) and Mary Beresford-Jones (Tauiwi caucus) said the manuals aimed to "provide standards, rationale, benchmarks and resources from which they are able to monitor and evaluate their performance and – hopefully – improve outcomes." Combined with leadership from Te Kupenga, the manuals are intended to help establish "consistent, safe and effective practices across all of the providers – with a clear vision to 'uphold the mana and tapu of Māori women to ensure protection and wellbeing of the entire whānau.'"

Te Kupenga acknowledges many men's stopping violence programmes operate in isolation and have issues of funding, resources, capacity compounded by a range of competing priorities and expectations. The design of the manuals, while primarily for Te Kupenga members, means the framework and data can also be applied to non-Māori and other ethnic groups.

Minister Flavell said "As the Minister for Māori Development and Minister for Whānau Ora, I’m committed to championing inter-generational change so we can enjoy violence-free homes. I want to ensure that preventive programmes such as E Tū Whānau and He Punanga Haumaru continue to strengthen our whānau so we can all lead fulfilling lives."

Kia Rangatira Te Mahi was developed by a Te Kupenga expert advisory group, led by Parekotuku Moore and coordinated, compiled and written by Darrin Haimona. He Tapu Te Tinana is based on the Domestic Abuse Intervention Project curriculum "Creating a Process of Change for Men Who Batter," part of the Duluth model, adapted for use by the Hamilton Abuse Intervention Project. The project was funded by the Ministry of Social Development's Family and Community Services.

The publication of the manuals coincide with Te Kupenga shifting to a virtual organisation without a physical office. The umbrella body supports its membership of 42 independent community based organisations (both Māori and non-Māori).