The It's Not OK campaign and HOME magazine have launched a campaign to increase awareness of family violence within high socio-economic households. The ... 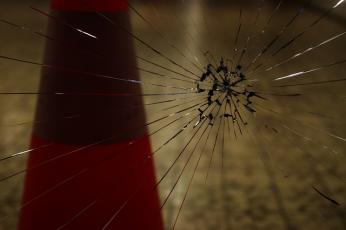 The It's Not OK campaign and HOME magazine have launched a campaign to increase awareness of family violence within high socio-economic households.

HOME magazine created a feature in which increasingly less subtle signs of violence are depicted within images of a home. A smear of blood, a smashed vase and a turned up chair provide clues that family violence may be occurring in the home, creating the "slightly unsettling feeling" that everything is not normal.

The feature concludes with the message "Family violence can happen in any home. Last year alone, police made more than 100,000 family violence investigations across the country in every kind of neighbourhood. And these are just the incidents we know about. If you suspect someone in your community is experiencing violence, please don't ignore it. No matter what street you live on, family violence is not OK. For more information on how to help, visit areyouok.org.nz."

Clearinghouse Co-Director and University of Auckland Associate Professor Janet Fanslow said "That [family violence] is a problem that cuts across all sectors of our society and is an enormous problem that we need to actually have some fundamental investment in." She also said there needs to be more of a focus on preventative measures: "It really is again about how we start with primary prevention, how we start to educate our men and boys about ways of behaving so that people don't have strong ideas of masculinity that include notions of violence."

Client Services Director at Shine, Jill Proudfoot said "I’ve encountered many women living in beautiful homes who were feeling suicidal because they couldn’t see a way to escape the abuse. If their abusive partner holds a position of power in the community, it’s even harder to leave and to be believed. A lot of these women considered leaving their homes to be too great a risk to their family. Their loyalty often makes them put their partner’s reputation ahead of their own safety. In contrast, some women I’ve seen from lower socio-economic areas arrive at a refuge and immediately feel safer. For some, it’s the warmest, nicest home they’ve ever lived in. The issues are different for each group, but the fear and distress is just as real."

Chief Executive of Women's Refuge Dr Ang Jury said "We have responded to the needs of millionaires, academics and a great many other highly qualified and educated women.  Domestic violence knows no boundaries and having a chance to highlight this in HOME is a good start."

The Editor of HOME magazine Jeremey Hansen and Client Services Director of Shine Jill Proudfoot discussed the feature on TV3's NewsWorthy programme. The feature is published in the June/July 2015 issue of HOME magazine.