The Law Commission has released its final report on the legal response to victims of family violence who commit homicide. The report Understanding ... 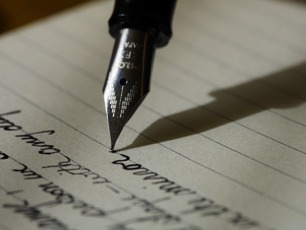 The Law Commission has released its final report on the legal response to victims of family violence who commit homicide.

The report Understanding Family Violence: Reforming the Criminal Law Relating to Homicide (NZLC R139, 2016) was tabled in Parliament. The Law Commission has also published a summary.

The main recommendation of the report focuses on the application of the law of self defence. Currently, when a family violence victim who kills the person who has been abusing them, self-defence is often claimed but is not usually successful. Under the current law, for a person come under the law applying to self-defence, a threat needs to be considered "imminent." The Commission has proposed that in family violence cases, a victim should be able to claim self-defence even when they are responding to a threat that is not "imminent."

"The requirement for an imminent threat in claims of self-defence requires the judge and jury to focus on danger that is close at hand, and can limit the inquiry to the discrete incident of violence or threat immediately preceding the defendant’s use of force. This is difficult to reconcile with contemporary understandings of family violence. More often than not there is a cumulative pattern of harmful behaviour, rather than any one violent incident. Tactics of coercion and control can mean there is a constant and ongoing threat. Accordingly, the danger faced by the victim of family violence is not from one isolated attack, or even a series of attacks, but from an ongoing life of abuse and fear."

The Law Commission's recommendations include:

"It became clear in reviewing and reflecting on the abuse suffered by victims of family violence who kill their abusers that, in many cases, the final acts of homicide were acts of desperation – whether or not the defendants were acting in self-defence – in circumstances most of us do not fully understand and will never experience. This Report recommends changes to the law and measures to improve understandings of family violence, appreciating that legal reform is meaningful only when accompanied by shifts in thinking."

Comments on the report

Justice Minister Amy Adams said "The recommendation is based on the Commission’s view that the requirement for the threat to be imminent is not well suited to victims of family violence, as the threat in this context is likely to be based on a history of violence and ongoing, rather than a one off event."

According to the Law Commission, less than 5 percent of all homicides in New Zealand are cases where victims of family violence kill their abuser. While the numbers are small, most are women who have endured years of trauma and abuse. Law Commission President Sir Grant Hammond said, "It became clear in reviewing and reflecting on the abuse suffered by victims of family violence who kill their abusers that, in many cases, the final acts of homicide were acts of desperation."

Lead Commissioner Dr Wayne Mapp said "The reality is family violence in many cases is part of an ongoing, sustained, vicious pattern of violence that entraps the person … the entrapment means she cannot leave and that then means she ultimately, for fear of her life or that of her children, sees no other way out other than to defend herself with lethal force."

Nichola Lambie, a senior legal and policy adviser, stated that the recommended changes are not intended to allow self-defence as a 'get-out-of-jail free card for pre-meditated murder'. She said "We're not recommending changing the test for self defence, which is that the response must be reasonable in all circumstances as the defendant saw them. That's a matter for the jury. What we're trying to do is remove the focus on the imminent circumstances."

The Law Commission recommendations have been welcomed by many. Jan Logie, Green Party Spokesperson for Social Development, said "Victims who kill their abusers are treated harshly by our system. New Zealand is more likely to convict victims and incarcerate them than either Canada or Australia."

Women's Refuge agrees that New Zealand law lags behind Britain and many Australian states. Dr Ang Jury, Women’s Refuge Chief Executive, said "Having these circumstances better understood by Judges, Lawyers, Police and the wider public could, if combined with these types of legislative reforms, go a long way to helping prevent future injustices."

Justice Minister Adams will now consider the recommendations and said "The Law Commission’s proposals around self-defence would represent a significant departure from the law of self-defence as it currently stands and therefore needs careful thought and discussion, but we need to ensure the law appropriately responds to victims of family violence."

Based on that review, Justice Minister Amy Adams asked the Law Commission to review legal issues related to self-defence claims in cases of homicide by family violence victims.

The Law Commission released an issues paper in 2015 seeking comment.

See the Law Commission's webpage on the Victims of family violence who commit homicide project which provides an overview of the project, links to the initial issues paper and additional information. The Law Commission has also produced a fact sheet.

Justice Minister says 'right safeguards' need to be in place for abuse victims to claim self defence, One News, 13.05.2016

Recommendations would make the law much fairer for victims, Press Release: Shine, Scoop, 12.05.2016