Health and Disability Commissioner Anthony Hill has released a report examining a District Health Board (DHB) response to a child who presented ... 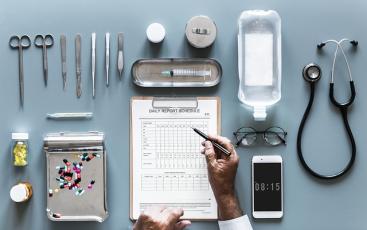 Health and Disability Commissioner Anthony Hill has released a report examining a District Health Board (DHB) response to a child who presented multiple times to hospital with indications of possible non-accidental injury. Following discharge, the child sustained further injuries and died.

In the report (16HDC00134), the Commissioner found the DHB had adequate information to diagnose the child's leg fracture and non-accidental injuries earlier, "... but a series of failings in assessment, communication, documentation, and coordination of care, and a failure to adhere to policies and procedures prevented this from occurring."

He found that the "DHB’s systems did not encompass an adequate safeguard" and "that the evidence overwhelmingly demonstrates a systemic failing on the part of the DHB."

The 16 month old child was brought to the hospital by his mother four times. During the visits, the mother informed staff the child's father was in prison for domestic violence with a "restraining/parenting order" and that her current partner was on home detention for assault and had permission to be in their home.

The Commissioner highlighted that the DHB’s Partner Abuse Screening policy recommends screening for family violence at all Emergency Department and Paediatric Department presentations. However, screening and a Paediatric Nursing Assessment Form were only completed on the forth visit. The screen was negative and the social history was found to be incomplete.

The Commissioner's report also noted that "Several important policies and procedures concerning non-accidental injury were in place, but were not followed." One was not able to be followed due to inadequate staffing levels. During the investigation, members of the medical team stated they considered non-accidental injury as a possible risk in the first three visits however this was not documented. At the third visit the child was discharged before the clinician responsible for his care completed a Child Protection Assessment.

At the forth visit, when additional injuries were noted (at a different hospital), an Unexplained Injury Process was initiated, a Report of Concern was sent to Oranga Tamariki - Ministry for Children and a referral was made to the Child Protection Team. This was communicated to New Zealand Police and the Social Work Team at the original hospital. The child was transferred back to the original hospital, but was ultimately discharged without the knowledge of the clinician who was responsible for his care and before safety planning was done.

The Commissioner went on to write "Whilst I am concerned that a number of policies were not followed by staff, I am also concerned that the DHB did not have robust systems in place to ensure that these policies could be followed."

In conclusion, the Commissioner writes:

"Master A’s care demonstrates the challenges clinicians face when diagnosing nonaccidental injuries. These challenges could have been addressed by more rigorous analysis, particularly given circumstances where suspicion of inflicted injury should have been expressly explored, policies and procedures followed, and effective communication and documentation carried out.

In my view, the DHB failed to provide services to Master A with reasonable care and skill for the following reasons:

Furthermore, the DHB failed to ensure quality and continuity of services for the following reasons:

Across all disciplines, my experts have advised me that there were systemic failings in the care provided to Master A within teams, and across services. Dr Rowan concluded:

Similarly, Dr Metcalfe advised that 'the systemic issues were more to blame than any one individual'. Dr Tuck also advised that 'there is absolutely no doubt that the system let this child down from first to last presentation', and he concluded that the standard of care provided to Master A was 'significantly below' accepted standards.

Having considered the information gathered and the advice from my experts, the evidence overwhelmingly demonstrates a systemic failing on the part of the DHB. For the reasons outlined above, I find that the DHB failed to provide services to Master A with reasonable care and skill, and breached Right 4(1) of the Code [Code of Health and Disability Services Consumers’ Rights]. The DHB also failed to ensure cooperation among providers to ensure quality and continuity of services, and breached Right 4(5) of the Code."

The Health and Disability Commissioner lists six recommendations for the DHB:

The DHB has completed two internal reviews of this case including a Serious Adverse Event Report (SAER). The DHB advised the Commissioner that all actions had been completed from this report with the exception of two areas: (1) a follow-up multi-agency meeting with Police and Ministry for Children - Oranga Tamariki and (2) a protocol for hi-tech imaging requests for children under the age of 12. The Commissioner endorsed the SAER findings and recommended the DHB follow up with Oranga Tamariki - Ministry for Children and Police regarding the multi-agency meeting. The DHB advised Police wished to wait until a Coroner’s inquest is complete.

The Commissioner has referred the DHB to the Director of Proceedings to decide whether any proceedings should be taken.

A litany of errors led to a toddler's death. Why are his family still waiting for justice? Stuff, 09.05.2019

Coordination of care for toddler at fault, Press Release: Office of the Health and Disability Commissioner, Scoop, 06.05.2019