The government has opened public consultation on New Zealand's draft National Action Plan for the implementation of the United Nations Security ... 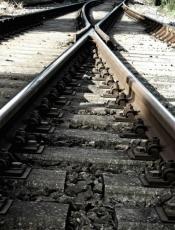 The government has opened public consultation on New Zealand's draft National Action Plan for the implementation of the United Nations Security Council Resolutions relating to Women, Peace and Security 2015-2019.

The UN Resolution 1325 passed on 31 October 2000 refers to women, peace and security issues in the context of conflict-affected or post- and preventative conflict situations. The Resolutions intend to help secure durable peace by promoting an equal role for women in conflict resolution and peace-building, and addressing the protection of women.

New Zealand's draft National Action Plan "promotes efforts to empower women and to combat violence against women in conflict-affected countries where New Zealand has an existing development programme or other form of direct leverage." The draft Plan focuses on five key areas in implementing the Resolutions including: "Promoting efforts to combat sexual violence, intimate partner violence and violence against women in conflict affected countries where we have a development programme or post."

The five key areas reflect the current commitments and policies of the New Zealand Police, Defence Force and the Ministry of Foreign Affairs and Trade (including the New Zealand Aid Programme).

A public workshop will be held in Wellington on 5 May 2015, hosted by Women in International Security New Zealand, providing the opportunity to discuss the draft Plan with government senior officials.

Submissions close on Wednesday 20 May 2015. For more information visit the Ministry for Women and the New Zealand United Nations Security Council websites.