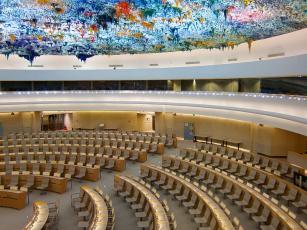 The actions taken by the New Zealand government following the first review in 2009 were presented by Justice Minister Judith Collins in Geneva on 27 January 2014.

Addressing violence against women and children was highlighted among the 155 recommendations made. Minister Collins said she was pleased other countries on the Council recognised the investment New Zealand was making in addressing family violence, citing the increased penalty for protection order breaches, the expanded definition of domestic violence, planned changes to domestic violence offender programmes, expansion of Safe@Home and the introduction of the Victims of Crime Reform Bill.

Minister Collins said "Nearly all countries commended our excellent human rights record and acknowledged the progress we are making in protecting women and children against violence, and recommended these efforts continue."

New Zealand’s National Report, which outlines New Zealand’s domestic human rights situation and steps the government has taken towards implementing the last UPR report in 2009, is published on the website of the Ministry of Foreign Affairs and Trade. A compilation of UN information and its summary of stakeholders’ information is available on the Office of the High Commissioner for Human Rights website.

New Zealand is due to provide an update of progress made on the recommendations in mid-2016.

The New Zealand Government's response to the 155 recommendations made has been published on the Human Rights Commission website.