Whānau Ora Minister Peeni Henare has released the final report summarising findings from the review of the Whānau Ora commissioning approach. The ... 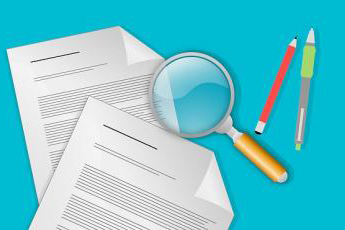 The Government announced the Whānau Ora Review in April 2018. The independent review panel looked at how well the model supported sustainable change for whānau, the accountability and transparency of the model, and the potential for wider application of a whānau-centred approach within government with an emphasis on the social sector.

The executive summary of the report provides a brief summary of the three main questions the panel examined, including the panel's key conclusions and recommendations for each question. The full report provides an in depth background and history of the Whānau Ora model and more detailed findings and recommendations for each of the main questions of the review.

Overall the panel found that the Whānau Ora model has resulted in positive change for many whānau across the country, noting:

"The Whānau Ora commissioning approach creates positive change for whānau. In all areas we visited, and across all monitoring reports we reviewed, we have seen whānau progress towards achieving their self-identified priorities. However, the approach is relatively new, and we believe it is too early to form a view as to whether or not that positive change will be enduring. We believe that the intentions of Whānau Ora, aiming to build resilience and capability within whānau to be self-managing and to  be the architects of their own solutions, create the conditions to achieve sustainable change." (page 6)

The panel identified features of the model they believe contribute to its success: (1) culturally-centred, whānau-centred and strengths-based; (2) flexible, which allows a focus on issues that are most important to whānau; (3) a high level of support provided by Commissioning Agencies; and (4) a committed and passionate workforce who are able to connect with the whānau they work with and are invested in the success of their communities.

The panel also identified challenges and areas for improvement, both for the commissioning approach and the wider environment that Whānau Ora operates within including government.

Recommendations for accountability and transparency are:

In relation to whānau-centred approaches being applied more widely across government, the panel recommended embedding:

"... reference to, and requirements about, whānau-centred approaches through levers available in the machinery of government including:

The panel then said:

"We also believe that there is a culture shift needed within government, and to that end we have recommended that Te Puni Kōkiri work with other agencies to capitalise on opportunities, and address the perceived barriers that inhibit the uptake of Whānau Ora, and whānau-centred approaches." (page 11)

Following the panel submitting its final report to Peeni Henare in November 2018, the Minister shared the report with the three Commissioning Agencies and various Ministers and agencies. Te Puni Kōkiri will now conduct further consultation and analysis with other agencies and stakeholders. Minister Henare expects to report back to Cabinet with recommendations later in 2019.

In 2017, Labour promised an extra $20 million over four years for Whānau Ora. There was no additional funding for Whānau Ora in the 2018 Budget. Budget 2019 will be announced on 30 May.

Te Puni Kōkiri and NZ Treasury published a discussion paper that provides a Māori perspective on the government's Living Standards Framework: An Indigenous Approach to the Living Standards Framework (2019). The Treasury press release noted "The paper contends that Te Tiriti o Waitangi, Te Ao Māori and a whānau-centred approach need to drive Māori wellbeing. It also proposes using the Whānau Ora Outcomes Framework, agreed to by iwi and the Crown, as a way to consider wellbeing in a holistic and connected way."

The Government announced that $15.379 million from Budget 2018 would be invested to fund ‘Whānau Resilience services’ focused on providing long-term healing and recovery services to individuals, families, whānau and communities affected by family violence. See the Ministry of Social Development for more information.