Justice Minister Amy Adams has announced the launch of an Integrated Safety Response pilot. The pilot will start 1 July 2016 in Christchurch. ... 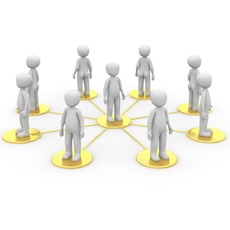 The Question and Answer document that accompanied the announcement describes a number of features of the new approach. Key aspects will include:

Police Minister Judith Collins said "During the pilot phase, each report of family violence reported to NZ Police and high risk prison releases in Christchurch will be triaged daily and a Family Safety Plan developed that will address the risks and needs of the family. During later phases, it is anticipated that family violence disclosures to other agencies, e.g. health authorities, will also be part of the process."

It is expected that the new approach will replace the Family Violence Interagency Response System (FVIARS). According to the Question and Answer document:

"While the FVIARS programme is generally characterised by commitment and passion to make a difference - practice, responses and agency participation vary significantly between locations. This pilot will also include a number of new aspects that FVIARS did not, including the testing of an intensive case management approach to provide long term, personalised support for the highest risk victims. It will also include participation from the health sector, to ensure issues such as mental health and additions are appropriately considered and addressed."

The pilot is part of wider cross-agency work by the Ministerial Group on Family Violence and Sexual Violence. The pilot will run for one year however "advice on implications for national rollout is expected by the end of 2016."

The pilot is expected to cost less than $1 million for the first year, including set up and evaluation. Superu is commissioning the evaluation.

The pilot may also be rolled out in other locations.

'One-stop shop' opens for health and well-being services in east Christchurch, The Press, 08.07.2016