Auckland University Associate Professor Peter Adams has written on gender neutral approaches to violence in the NZ Herald. He writes, "We have ... 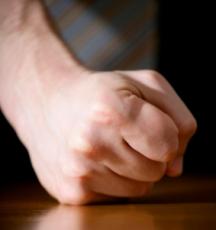 Auckland University Associate Professor Peter Adams has written on gender neutral approaches to violence in the NZ Herald. He writes,

"We have watched politicians and officials taking a gender-neutral stance about violence in the home for decades. Policy document after policy document have adopted terms like 'family violence' and 'domestic abuse', and talked in ways that imply it is 'people' in general who pursue violence against vulnerable family members. It is certainly true that 'people abuse people': the abuse of boys and men, of the elderly and of the disabled can be horrific and cannot be minimised.

But this gender-blindness masks the stark reality that both the depth and breadth of violence in our homes takes the form of 'men abusing women'."

He also writes about the impact he sees this has had and the directions he sees the work needs to go in:

"Government gender-blindness has stymied headway we could have made in addressing the damaging commitment us men have to controlling home environments. By now we could have formed a stronger understanding of how our version of manhood translates into violence. We could have initiated a range of early-intervention programmes to assist men in moving away from controlling behaviour. We could have developed programmes through schools, workplaces and sports clubs to help young men explore alternative ways of being manly."