A range of organisations and networks have compared political parties' policies relevant to family and whānau violence ahead of the General ... 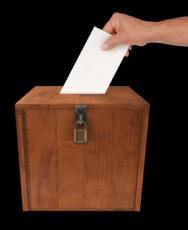 A range of organisations and networks have compared political parties' policies relevant to family and whānau violence ahead of the General Election on 23 September 2017.

Tick 4 Kids collated policy measures from its coalition partners and chose the most popular five to test party candidates on. They then created simplified scorecards - see the Family Violence scorecard on the Tick 4 Kids website. Executive Director Vivien Maidaborn also wrote an article for Stuff, In the voting booth, remember 9 children, 23 adults killed every year through family violence.

ComVoices prepared a Briefing For Political Parties, highlighting practical ways government and community services could work together more effectively to make a difference, and three key issues: fair funding, making it easier to work with government and properly managed data. This is also available as a one-pager. Responses from political parties are available on the ComVoices website. Trevor McGlinchy, Executive Officer of the NZ Council of Christian Social Services also wrote a blog.

The Equality Network, a group of 37 organisations, wrote an Election Statement then released a policy scorecard ranking the main political parties on how well their policies would contribute to a fairer, more equal share of income and wealth. A more detailed policy matrix and media release are also available.

Accompany Collective and Auckland Action Against Poverty produced a video giving beneficiaries a voice on issues.

YesWeCare.nz, a health funding coalition, crowd-sourced six key health pledges they asked each party to commit to and released the results (see also the media release).

The NZ Herald compared parties' policies on law and order.

Radio NZ (Te Ahi Kaa) has hosted a series of debates between candidates for the Māori seats.

The NZ Herald created an interactive tool allowing people to see what the main parties say they would do in some of the biggest policy areas.

Media outlet The Spinoff also created an interactive tool to allow voters to compare the policy positions of the main parties. The tool Policy allows readers to flick through policy areas, compare the parties' positions and drill down for more detail. More information about the tool and its development is provided by Spinoff.

So, ensure your voice is heard on the issues that are important to you. Advance voting is already open in a variety of locations. All the information you need is available on the Electoral Commission website.