Minister for Pacific Peoples, Aupito William Sio has announced the dates of the seven Pacific Language Weeks early this year to encourage organisations ... 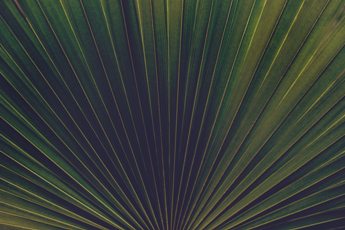 Minister for Pacific Peoples, Aupito William Sio has announced the dates of the seven Pacific Language Weeks early this year to encourage organisations to start planning and get involved.

Minister Sio said strengthening and broadening the use of Pacific languages came up at the Pacific Aotearoa Summit as a consistent theme. He went on to say "It’s a concern voiced by young and old alike. Our languages are a key part of our individual and community wellbeing. We thrive when we hear our own stories, in our own languages, from our own people." He also said that to reverse the declining use of Pacific Languages "... we need to promote our languages not just amongst Pacific communities but more widely. They need to be recognised and valued in our schools and workplaces, in all walks of life."

2019 is also the United Nations International Year of Indigenous Languages, focused on the importance of and risk of losing indigenous languages:

"It is through language that we communicate with the world, define our identity, express our history and culture, learn, defend our human rights and participate in all aspects of society, to name but a few. Through language, people preserve their community’s history, customs and traditions, memory, unique modes of thinking, meaning and expression. They also use it to construct their future. Language is pivotal in the areas of human rights protection, good governance, peace building, reconciliation, and sustainable development."

In Aotearoa New Zealand, though officially termed Pacific Language Weeks, all run for at least a month and some extend activities throughout the year. The dates for 2019 are:

For more information and resources see the Ministry for Pacific Peoples.

The Ministry of Social Development (MSD) has announced it will develop a Pacific Strategy and Action Plan and launched a steering group and a reference group to lead this work.

Le Va has published a brief guide to help organisations translate written material into Pacific Languages based on their own procedures. Translating for Pacific language resources: an organisational approach (2019) outlines six steps to help ensure quality and effective translation.

A strong Samoan language for our children is a job for us all, Beehive press release, 26.05.2019