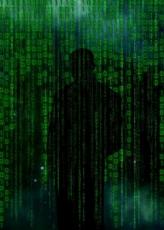 Statistics NZ defines the unique offender population as the "measure that counts a person once in a given reference period regardless of how many times they may have been dealt with by police, in court or non-court action. Offenders are recorded under their most serious offence."

The unique crime victims population is defined as the "measure that counts a person/organisation once in a given 12 month reference period for each ANZSOC Division [Australian and New Zealand Standard Offence Classification] in which they are recorded as being a victim of an offence, regardless of how many times they may have been victimised."

The data tables provide a frequency count of the number of proceedings or victimisations against offenders or victims during the previous year, broken down by:

The statistics will be updated on the last working day of each month for the preceding 12 month period.

The release of the unique offender and unique victims of crime data continues Statistics New Zealand's work to release crime and justice sector statistics based on recommendations in Review of crime and criminal justice statistics 2009. Data are Tier 1 official statistics and have been confidentialised using random rounding to base 3 to protect individuals' information.