Chief Coroner Judge Deborah Marshall has released her report into the Livingstone double murder-suicide. The inquest into the deaths of Bradley, ... 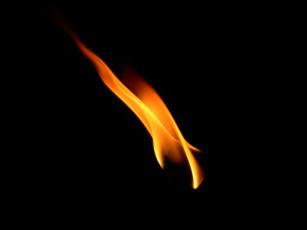 The inquest into the deaths of Bradley, Ellen and Edward Livingstone was held in April 2015. Bradley, 9, and Ellen, 6, were shot by their father, Edward Livingstone, in Dunedin on 15 January 2014. The summary of recommendations is publicly available.

In her report, the Coroner said "valuable lessons" for the future could be taken from the tragic deaths. These would enable agencies to better assess risk and take specific actions to reduce it. She commented on the need for health professionals to take care when providing letters to a court. She recommended that Police:

Lawyer Ann Stevens, who represented the children's mother Katharine Webb, was interviewed about the findings on Radio New Zealand. She said Ms Webb did not accept the Coroner's suggestion that "best practice" by the agencies involved might not have altered the tragic outcome.

"That's probably the most important finding to Katharine and and myself, and the most distressing finding, because that implies there's an inevitability about this that we just can't accept. Inevitability comes with tides and with the sun rising but it doesn't come with human behaviour, in our view. As the report makes clear ... these were choices that Mr Livingstone made, choices to murder his children and those choices would be different, in our view, given different factors."

Other responses and further information are available in the media coverage below.

Background information, including media coverage from January 2014 to January 2015 and links to relevant research, is available in the previous Clearinghouse news story on the filicides.

In December 2016, the Otago Daily times (ODT) was provided with a summary of the NZ Police report on the employment investigations into the Police officers who dealt with Edward Livingstone. The ODT writes that the report, The Livingstone Family Violence Investigation Report: Adequacy of Dunedin police service delivery, written by then Detective Inspector Virginia Le Bas, now national manager, organised crime, states that at the time of the tragedy:

The summary report was released to the ODT after an 18 month process involving the Official Information Act and then the Ombudsman.

Chris Foot, a neighbour who confronted Edward Livingstone in an attempt to prevent him from harming his children, received a New Zealand Bravery Decoration, an award recognising an act of exceptional bravery in a dangerous situation.

Other updates are available in the media coverage below.

Letting down the victims of violence, Marlborough Express, 06.05.2015

Livingstone told his neighbour he wanted to kill his children, Radio NZ, 21.04.2015