The Cook Islands National Council of Women have launched a national campaign to eliminate violence against women. Funded by the Australian and ... 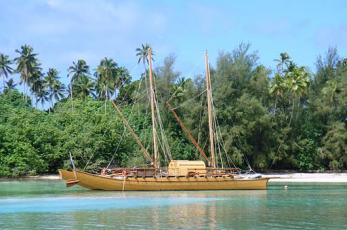 The Cook Islands National Council of Women have launched a national campaign to eliminate violence against women.

Funded by the Australian and New Zealand Gender Equality Project and managed by the Cook Islands Ministry of Internal Affairs, the Cook Islands National Women and Partners Advocacy to Action Campaign seeks to spread the message to eliminate domestic violence.

The campaign is informed by the 2014 Cook Islands Family Health and Safety report Te Ata O Te Ngakau (Shadows of the Heart) which found nearly one third of Cook Island women have experienced physical and/or sexual violence by an intimate partner in their lifetime.

The campaign aims to widely distribute the report's findings through meetings with communities, island leaders and organisations, as well as fact sheets and other information. The material developed is also intended to inform the strategies and operational plans of frontline agencies and groups addressing family violence.

Cook Islands National Council of Women president Vaine Wichman said "We want our women and families to be safe, and we want the negative behaviours that have been highlighted by the report to be discussed and eliminated. We are a small close-knit community and it’s not OK for these behaviours to continue; and I believe we can do something about that."

The Cook Islands Ministry of Internal Affairs has also provided funding to set up a free legal service pilot programme through the women's counselling centre Punanga Tauturu. Internal Affairs Secretary Bredina Drollet said "So [free] legal services will help women that are facing financial constraints in taking a case through. I'm hoping that it might start shifting those broader social norms to enable women to also overcome some of that perceived personal shame that might prevent them going to courts as well. And hopefully going to Punanga Tauturu as a counselling service as well will help overcome that." The pilot programme will also provide more general legal services for all types of family law.

In Aotearoa New Zealand, Turanga Māori: A Cook Islands Conceptual Framework was developed to assist with the development of a training programme for Cook Islands practitioners and service providers working with victims, perpetrators, and families from Cook Islands communities who have been affected by family violence.

It was developed alongside Nga vaka o kāiga tapu: A Pacific Conceptual Framework to address family violence in New Zealand, a cultural framework for addressing family violence in seven Pacific communities in New Zealand. The nine documents that form the Framework can be accessed from the Ministry of Social Development Community Investment website.