The Ministry of Health is consulting on the draft update of the New Zealand Health Strategy. Consultation opened on 27 October 2015 and closes ... 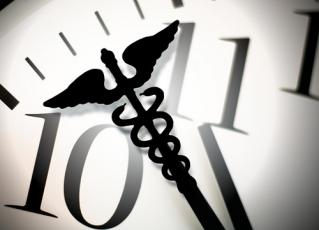 The Ministry of Health is consulting on the draft update of the New Zealand Health Strategy. Consultation opened on 27 October 2015 and closes on 4 December 2015, 5pm.

The draft strategy presents a view of New Zealand's future health system over the next ten years. The strategy is divided into two parts: "Future Direction" which outlines the high-level direction and five strategic themes for the system and a Roadmap of Actions which identifies the 20 work areas to put the strategy in place over the next five years.

The Ministry of Health developed the draft strategy through consultation with clinicians, leaders and organisations in the health, disability and social sectors. Other government initiatives such as Better Public Services, independent reviews on sector funding and sector capability and capacity, and the Productivity's Commission report have informed the strategy.

The references to family violence in the draft strategy are as follows:

"An investment approach takes into account the long-term impact of current spending on people's lives. Investment in the health sector, which results in people having a greater ability to participate in education and employment and be free of, for instance, alcohol and drug dependency, family violence or mental health conditions, has a positive long-term financial impact for the social sector." (Future Direction, p.4)

"Work with the Accident Compensation Corporation (ACC) and other partners to build on a range of programmes that support young people to make healthy relationship choices with the aim of reducing the incidence of sexual and family violence in the future." (Roadmap of Actions, Strategy 2: Closer to Home, Action 6g)

Internationally, health systems are recognised as a crucial part of the multisectoral response to violence against women and children. On 24 May 2014, the 67th World Health Assembly adopted the resolution Strengthening the role of the health system in addressing violence, in particular against women and girls, and against children.  This noted that violence in all countries is a major challenge to public health and Member States need to ensure people affected by violence have timely, effective and affordable access to health services.

The draft strategy provides potential for a response to family violence, including under Action 6 which reads "The Ministry of Health will continue to collaborate across government agencies, using social investment and lifecourse approaches, to improve and make more equitable the health and social outcomes for all children, families and whānau, particularly those at risk."

Feedback on the draft strategy may be submitted via an online survey, email or post. Respondents may also provide informal input through discussions on the online Health Strategy forum or at any of the workshops and meetings scheduled over the consultation period. Visit the Ministry of Health website for more information.

Health Minister Jonathan Coleman said "The Strategy will help the sector meet our future health needs with more integrated patient-centred services delivered in the community, and a stronger push on prevention and self-management."

The final strategy is expected to be published in the first half of 2016.

On 11 November 2015 Health Minister Jonathan Coleman announced a Health (Protection) Amendment Bill will replace the Public Health Bill 2007. Dr Coleman said "The proposals in the Public Health Bill no longer reflect current measures for managing risks to public health, as well as addressing current priorities and opportunities to promote and protect the health of New Zealanders. The Government has decided that the best way forward is to withdraw the Public Health Bill and prepare a new Public Health Protection Bill that will provide a more modern and relevant legislative framework. This process will include consultation with the sector and the public." The Health (Protection) Amendment Bill is currently awaiting a second reading in Parliament.

The New Zealand Health Strategy 2016 was released in April 2016.

Parliament to have another go at public health legislation, Law Society, 11.11.2015