The Office of Film and Literature Classification is consulting on sexual violence in entertainment media such as films, television and games. The ... 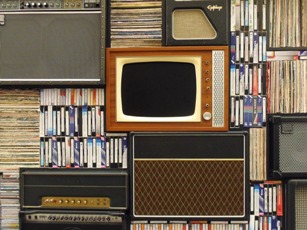 The Office of Film and Literature Classification is consulting on sexual violence in entertainment media such as films, television and games.

The initial part of the consultation is focused on hearing feedback from young New Zealanders. Focus groups with teenagers have been organised in Wellington and Auckland by Colmar Brunton with support from Wellington’s Sexual Abuse Prevention Network and Auckland’s Rape Prevention Education. Colmar Brunton will produce a report from this work in the coming months. In addition, the Classification Office is conducting individual interviews with young people over a 12-month period.

Project leader Lexie Kirkconnell-Kawana says the findings will inform the Classification Unit when making decisions on appropriate restrictions and warnings for depictions of sexual violence.

Chief Censor Andrew Jack said it was just as important to understand the public views as it is to consider research: “In this way we can best serve the public good by providing guidance about, and protection from, harmful content – as identified by New Zealanders. As with people in other countries, we have our own views about what might or might not be harmful, and our national classification system allows these views to be heard.”

See a snapshot of some of the views of young people interviewed in the research.

The Office of Film and Literature Classification has released findings from the second stage of the research. This report focuses on how adults who work closely with young people perceive the effects of sexual violence in entertainment media on young people. See the press release for more information.

For more information, contact the Office of Film and Literature Classification.