Cabinet has signed off on a decision to establish a child sex offender register, to be available to police and other agencies but not to the ... 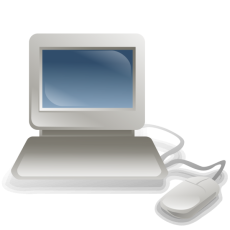 Cabinet has signed off on a decision to establish a child sex offender register, to be available to police and other agencies but not to the public.

If National is returned to government at September's election, Police and Corrections Minister Anne Tolley hopes to introduce the register by the end of the year. Labour leader David Cunliffe said his party gave the register "qualified support" and could introduce if it was elected into government.

The Sensible Sentencing Trust has called for the register to be made public. However Rethinking Crime and Punishment opposes this. Kim Workman said "One of the unfortunate aspects of the register, is that it can promote a false sense of public security - people believe that if people are not on the register, they are safe. The harsh reality is that their child is at greater risk from people they or their family know, rather than some stranger who is on the register."

In New Zealand's Violence Against Women study, 1 in 5 women reported having experienced child sexual abuse (being touched sexually or been made to do something sexual that they didn’t want to do before the age of 15). 65% of the child sexual abuse was perpetrated by family members.

In Australia, the Australian Bureau of Statistics’ (2005) Personal Safety Survey found that "of all those who reported having been victimised sexually before the age of 15 years, 11.1 percent were victimised by a stranger. More commonly, child sexual abuse was perpetrated by a male relative (other than the victim’s father or stepfather; 30.2%), a family friend (16.3%), an acquaintance or neighbour (15.6%), another known person (15.3%), or the father or stepfather (13.5%; see Figure 1)." (p.3)

Richards, K. (2011). Misperceptions about child sex offenders. Trends and Issues in crime and criminal justice. No.429. Australian Institute of Criminology.

On 14 August 2014, Anne Tolley formally announced the establishment of the register.

Cabinet has agreed to $35.5 million of funding over ten years for the technology component of the register. Decisions on operational funding would be announced in future budgets.

The register is expected to be operational by 2016, once enabling legislation is passed.

Anne Tolley estimated that 472 offenders would be registered in the first year, with a total of 2746 offenders registered after ten years. An evaluation would be carried out after four years.