Call for inquiry into equality of access to justice

The Green Party has called for the Justice and Electoral Select Committee to initiate an inquiry into equality of access to justice. The Green ... 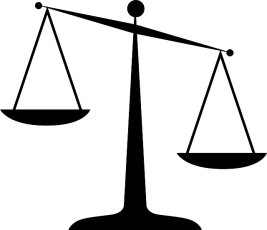 The Green Party has called for the Justice and Electoral Select Committee to initiate an inquiry into equality of access to justice.

The Green Party says recent family court and legal aid reforms have resulted in an increase of people unable to access legal representation. Green Party Justice Spokesperson David Clendon said "Justice Minister Amy Adams has said it is wrong for someone to receive preferential treatment in the courts because they have more money, but that is increasingly what is happening. Last year, a full 30 percent of appeals in the Auckland High Court and 25 percent of the 228 active civil files in the Court of Appeal involved self-represented litigants, most of whom would have no legal training."

Associate Justice Minister Simon Bridges, speaking on behalf of Justice Minister Amy Adams, responded to the request for the inquiry during Parliament Question Time. Minister Bridges said there was an international trend towards self-representation. He said "There are many reasons for this, and they are far from simply economic. To attribute this phenomena to system changes is clearly quite incorrect, and is actually misleading."

Both the family court and legal aid reforms have caused wide concern amongst agencies working to address family violence. See the previous Clearinghouse stories below for background information.

Women's Refuge Chief Executive Dr Ang Jury said legal aid issues mean more domestic violence victims are resorting to self representation. She said "The courts can be a scary enough process at the best of times, let alone if you are subject to domestic violence. Seeking a protection order, for example, would be an entirely new experience. You need that helping hand in my opinion." Women's Refuge provides funding for those ineligible for legal aid. However Dr Jury says "The money will run out because more and more people are needing to access it. I think the limits for legal aid are unrealistic. If you have women who are working not on a particularly fantastic wage, and then they decide to leave their abusive partner – for many of them it all gets too hard."

Family Law Barrister Rebecca Holm had said obtaining a protection order comes at a high cost. An applicant must complete an 11 page document, including proof of income, assets and family home equity. She said "The idea that a woman who has escaped an abusive relationship with the mechanisms of power and control will have access to thousands of dollars is ludicrous. In order to be able to borrow against a family home in effect the woman would need the written permission of their abuser. This is not to mention that any loan taken would need to be repaid and so, therefore, their income would need to be sufficient to cover not only the cost of re-housing under urgent circumstances but also for repaying that loan." She says "We need to stop doing lip service to domestic violence and start with the basics which, unfortunately, are sorely lacking."

Otago University PhD student and former lawyer Bridgette Toy-Cronin said self representation is an increasing trend, yet in cases of sexual assaults or family violence is questionable. She said "That means the witness is being asked questions by the person who is accused of committing, for example, a crime against a family member. That's been given some attention within the sexual violence dynamic where you've got a rape complainant being cross examined by the rape accused."

David Clendon says judges, legal practitioners and academics have strongly critiqued the reforms. He said "It is imperative that Parliament thoroughly investigates the adequacy of access to justice in New Zealand through a Select Committee inquiry."

Legal aid cuts and family justice reforms in Australia and the UK have also heralded criticisms and concerns. See the media stories below for further information.

Information on legal aid and self-representation

Legal Aid - some common questions and their answers, Ministry of Justice

Without a Lawyer in the Family Court, Ministry of Justice

High Court to decide whether victims of domestic violence should have access to legal aid, UK Law Society, 12.12.2014

How the UK’s legal system is failing victims of domestic violence, The Guardian, 29.11.2015