A Bill which aims to make court processes less traumatic for children and victims of sexual offences was introduced by Justice Minister Amy Adams ... 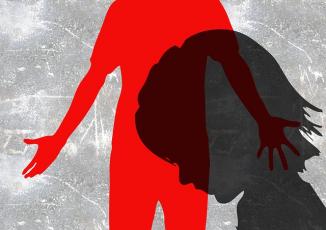 A Bill which aims to make court processes less traumatic for children and victims of sexual offences was introduced by Justice Minister Amy Adams on 27 May 2015. It had its first reading in Parliament on 2 June 2015.

The Evidence Amendment Bill 2015 makes a number of small changes to the Evidence Act 2006, as recommended by a Law Commission review in 2013. The changes include:

The law currently requires the prosecution to apply to the Judge for directions on how a child witness will give evidence in criminal cases involving children. The Evidence Amendment Bill creates the presumption that children under 18 will give evidence via alternative means, such as pre-recorded video, closed-circuit television (CCTV), or from behind a witness screen in court.

Under the Bill, the Judge, jury and lawyers must be able to see and hear the witness give evidence, and the defendant must be able to see the witness, unless the Judge directs otherwise. Evidence may still be given the ordinary way if the defence successfully applies to the Judge for an order, or the child witness wishes to do so. Although primary evidence is able to be recorded, the child witness may still be cross-examined via CCTV.

The Bill also states no evidence can be given, or question put to a witness, about the sexual experience of the complainant with any other person other than the defendant, except with the permission of the Judge. If the defence seeks to bring evidence about the sexual history of the complainant, they must provide advance written notice allowing all parties fair opportunity to respond to the evidence or question.

The Bill provides that the restrictions on parties to the proceedings cross-examining complainants and child witnesses apply in both criminal and civil proceedings involving domestic violence or harassment (Part 1, Clause 27 amending Section 95 of the Act).

Minister Adams said "When you're talking about sexual violence or family violence, particularly sexual assaults, it is the most intrusive and potentially humiliating process to have to go through to have to repeat some incredibly personal and invasive information to a whole range of strangers and be questioned on it. We've got to have a way of holding these people to account and I could never consider a situation where child sex offenders weren't held to account because it was just too difficult to take children to court - so we've got to do this somehow, and we've got to get that balance right."

The changes were first announced by previous Justice Minister Judith Collins in 2013. At the time, Green Party MP Jan Logie welcomed the changes but called them "baby steps", saying there is much more to be done.

The above information is based on the Bill Digest prior to the first reading. See the Parliament website for the departmental disclosure statement, which provides information to support and enhance the Parliamentary and public scrutiny of the Bill.

The Evidence Amendment bill passed the first reading in Parliament on 2 July 2015. See also the previous Clearinghouse story on the the Law Commission's work on sexual violence trial process reforms.

The bill has now passed the second reading on 9 June 2016.

Child witnesses in the New Zealand criminal courts: A review of practice and implications for policy (Institute of Public Policy, AUT, 2010)

DPP proposes new guidelines to help victims and witnesses in court, The Guardian, 19.01.2015