ACC will be investing $1.3 million over the next three years in Gandhi Nivas to support counselling expertise in working with men who are perpetrators ... 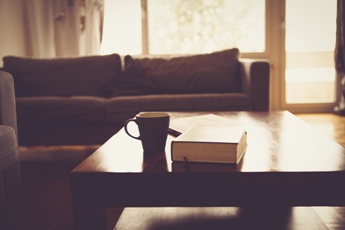 ACC will be investing $1.3 million over the next three years in Gandhi Nivas to support counselling expertise in working with men who are perpetrators of family violence.

Gandhi Nivas, based in Otahuhu, provides emergency housing along with crisis intervention counselling and support services for perpetrators of family violence in East and South Auckland who have been issued a Police Safety Order (PSO). A PSO lasts up to five days, usually between two and three days (see page 6 of the report below).

Gandhi Nivas, established in December 2014, is a partnership between Nirvana Health Group, Counties Manukau Police and Sahaayta Counselling & Social Support. The service was initially set up for the South Asian community, but now provides counselling and support for all ethnicities. It was originally anticipated that Gandhi Nivas would be used mainly by Indian and Fijian men, but one third of users have been Māori and Pacific and the remainder ‘other Asian’, Middle Eastern and European men.

A preliminary evaluation of the first year of the service was conducted by Massey University researchers Mandy Morgan and Leigh Coombes. The report, The first year at Gandhi Nivas: A Preliminary Statistical Description (Revised) (2016), looks at data for 103 men who received services from Gandhi Nivas for family violence. The detailed report provides demographics and information about men's family violence offences as reported to the Police, before and after intake. The researchers report that Gandhi Nivas has rapid response times to referrals from NZ Police, provides services and referrals appropriate to the immediate needs of men who have been bound by Police Safety Orders or otherwise come to Police attention for family violence matters, and is referring men to services appropriate for different life stages, domestic relationships and from the ethnic groups for which they were initially established (pages 38-39).

The researchers note "there is insufficient data for a robust analysis of the statistical significance of trends that are showing promising indications of reduced Family Violence offending after intake at Gandhi Nivas." However they state there is a clear indication of decreased frequency in offending after intake at Gandhi Nivas. It is noted this only includes family violence offences reported to Police. The researchers comment:

"Further qualitative data is needed to evaluate whether the intervention services provided by Gandhi Nivas and referrals to Sahaayta for culturally specific intervention work are preventing further offending or influencing re-offending from the perspectives of those who experience violence within their families and households." (page 41)

The NZFVC recently published a new Issues paper on Responding to perpetrators of family violence, Issues Paper 11, November 2016. The paper called for responses by Police, Courts, Corrections, child protection and non-government agencies to be based on high quality evidence and a shared conceptual understanding, better integrated and extending beyond simply responding to crises.

Earlier in 2016, the Government announced funding for short term housing for perpetrators of family violence. The funding is focused on providing emergency housing when a Police Safety Order (PSO) requires the perpetrator to stay away from the home in Christchurch and Waikato, where the new Integrated Safety Response Pilot is being trialled.

Indian men ditch domestic violence after time out at Auckland home, One News, 31.03.2016