Shakti Community Council, in collaboration with the It's Not OK Campaign, has launched a new booklet to increase awareness of family violence ... 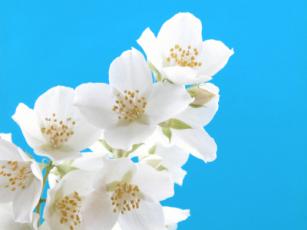 Shakti Community Council, in collaboration with the It's Not OK Campaign, has launched a new booklet to increase awareness of family violence in Asian, African and Middle Eastern communities in New Zealand.

The 'Culture No Excuse for Abuse' booklet aims to encourage members of diverse ethnic communities to know there are support services available and everyone can do something about family violence. The booklet is currently available in English and will be translated into Mandarin, Hindi and Farsi.

The latest census indicates at least 40% of the Auckland population is of immigrant origin. Shakti spokesperson Shasha Ali says "Various cultural practices that may be disguised as custom and tradition actually violate fundamental human rights and safety needs of women and vulnerable children. The complexities of being ethnic minorities and immigrants in NZ may further add to barriers to getting help for family violence".

Attending the launch in Auckland, Social Development Minister Paula Bennett said the booklet will help raise awareness of violent behaviours in ethnic communities.  She said "While it is important communities and families nurture their own cultural identities, it is not okay to use culture as an excuse for violence within families".

Update: Farsi and Arabic versions of the Culture No Excuse for Abuse booklet are also now available.

The booklet is available to order free from the It's Not OK Campaign.

Towards freedom from violence: New Zealand family violence statistics disaggregated by ethnicity. Authored by Judy Paulin and Nicolette Edgar. Published by the Office of Ethnic Affairs, 2013.

This report provides a comprehensive description of some key measures of exposure to family violence by ethnicity, and is likely to be the only compilation of this data in the country.

Ethnicity Matters - a guide to working with ethnic communities

This guide intends to help public sector organisations work with and respond to the needs of ethnic communities. It provides simple, easy and practical advice for policy staff about how to incorporate ethnic perspectives into the work of government.