Relationships Aotearoa to close; funding models and issues in spotlight

Relationships Aotearoa (RA) will close its doors 9 June 2015. This follows failed negotiations with the Ministry of Social Development (MSD) ... 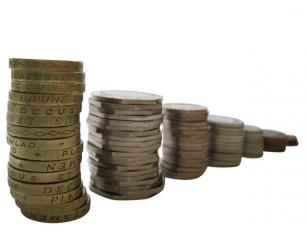 Relationships Aotearoa said the closure had been forced by government and it was closing with "deep regret." It has documented its position, including in relation to contracts and funding problems, in a series of media releases.

The closure immediately affects approximately 7000 current clients and 183 staff will lose their jobs. Relationships Aotearoa sees 25-30,000 clients each year nationally. The Ministry of Social Development (MSD) has contracted Lifeline to provide an emergency contact point for RA clients needing information or access to urgent counselling, phone 0800 543 354. The Ministry of Social Development has announced five providers who will be contracted to take on RA's clients: Lifeline, Barnardos, Family Works, Stand Children's Services and one as yet unnamed service.

Relationships Aotearoa met with four of the five providers, saying "A safe and managed transition which did not re-traumatise clients, break client trust and rights to privacy had always been at the forefront of our transition negotiations." Relationships Aotearoa spokesperson Cary Hayward said, "In our experience all of the identified providers are professional and effective in the particular services they currently provide." However he raised concerns about the capacity and capability of the new providers to work with family violence perpetrators, and whānau Māori. Mr Hayward said "It’s our understanding that none of the named providers currently offer a Māori for Māori service as RA has. Nor does there appear to be a lot experience working with violent perpetrators. We also hold the MSD contract to manage and deliver earthquake trauma and recovery counselling in Christchurch which does not appear to be a focus of the providers selected. The focus of alternative providers tends to be social work focused services rather than services providing intensive therapeutic interventions."

Stacey Pepene from Te Puna o Te Aroha refuge in Whangarei said that in the north there are services run by Māori for Māori and that work with men who have been violent. However, she said the closure of Relationship Services is disappointing: "Not everyone wants to approach Refuge, or those other agencies, and for those people there is now less choice. "

The closure has been met with concern by a number of community and professional organisations.

The Public Services Association said the closure raised questions about the process of raising funding issues with government. Assistant National Secretary Kerry Davies said "It’s worrying to think that if you challenge the government over insufficient funding, instead of addressing that issue the government will choose to remove funding altogether. Serious issues of funding should be able to be addressed without fear of closure."

Aotearoa New Zealand Association of Social Workers (ANZASW) said the closure of RA was confusing as the service clearly fit with the MSD Community Investment Strategy. Chief Executive Lucy Sandford-Reed said "This is a huge loss and another very concerning indication of the needs of the community not being understood, especially in light of the changes to the Family Court counselling services. We feel there are less and less options available, at a reasonable cost, for those who need support. ANZASW is concerned about the slippery slope of loss of supports for families, couples, those requiring family violence services."

The New Zealand Nursing Organisation said "The government wants these services provided but doesn’t seem to understand that long term consistency of service is key for clients. They have a responsibility to ensure that unsafe and unethical impacts on clients are avoided. We don’t think they have done that in this situation. We are concerned that transitional agreements with alternative providers, and mechanisms ensuring seamless and legal transfer of client information and consents are not in place."

Green Party spokesperson for women's issues Jan Logie said it is "concerning that the named providers do not appear to have a lot of experience dealing with domestic violence – one of the core services provided by Relationships Aotearoa. [...] Relationships Aotearoa was doing good work towards assisting families caught up in the domestic abuse cycle ­– I’d like to know which of the four named new providers will be able to match that work and then build on it. If we are to reduce domestic violence and protect women and children we need a full range of services, including intensive therapeutic intervention – something Relationships Aotearoa specialised in and which the new agencies don't."

The New Zealand Association of Counsellors (NZAC) wants specialist couples and family counselling services established to replace Relationships Aotearoa. President Robyn McGill said "families and relationship counselling is best provided by specialist counsellors who are experienced at addressing and supporting what are often stressful and tense marital and couples relationships in which violence can be a factor. [NZAC] are also concerned that the providers who have been selected to replace Relationships Aotearoa may already be at capacity, and adding many thousands of more clients to their books may be unsustainable." It urged the government to review the situation after 12 months.

The closure of Relationships Aotearoa comes amidst a government programme of significant change to the way community organisations are funded.

Changes include MSD's Investing in Services for Outcomes, and are discussed in the review currently underway by the Productivity Commission and a cabinet paper obtained by Radio NZ.

Re-Imagining Social Work, a volunteer collective of social workers, social work academics, researchers and others, has cited the Government's review of Child, Youth and Family as another example of the "continuing roll out of the National Government's 'investment approach' to marketise and privatise health and social services."

On 3 June 2015, the Government announced New Zealand’s first social bond, under which private and public sector organisations will operate together to fund and deliver services. The Government said, "If they achieve agreed results, the Government will pay back the investors plus a return. The return depends on the level of results, up to an agreed amount." For further information on social bonds and other funding model changes, see the resources at the end of the NZFVC news story on the Productivity Commission's review.

The New Zealand Council of Christian Social Services (NZCCSS) has published a report, Outcomes Plus: The added value provided by community social services (2015). NZCCSS commissioned the report in order to better understand how community-based and community-focussed organisations make a difference and how they add value  to their communities above and beyond the funded outcome. NZCCSS strongly urges the development of funding strategies that recognise and reward this added value. The report was written by Brent Neilson with Charles Sedgwick and Sandra Grey, with financial support from the JR Mckenzie Trust and The Tindall Foundation. The Council’s strategic partner Te Kāhui Atawhai o te Motu supported the project.

The media links below provide further information on the breakdown of negotiations between Relationships Aotearoa and government and responses by community and professional groups.

Christchurch Relationships Aotearoa: from earthquakes to closure, The Press, 29.05.2015

Anne Tolley tells counselling service to 'calm down' after it confirms closure, One News, 26.05.2015

Relationships Aotearoa closing would be just the start, warns sector, The Press, 25.05.2015