Iwi are developing or involved in new programmes to address family violence and whānau well-being in various parts of the country. A few projects ... 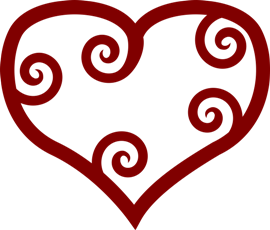 Iwi are developing or involved in new programmes to address family violence and whānau well-being in various parts of the country. A few projects have recently been highlighted in the media.

The Whiria te Muka approach has been co-designed by police and Te Hiku iwi leaders (Ngāti Takoto, Ngāti Kuri, Te Aupouri and Te Rarawa) in Kaitaia over the past two years. A Police press release states:

"Whiria te Muka team will be reviewing family harm incidents reported to Police with other agencies and collectively sharing knowledge, providing cultural intelligence, whakapapa and employing a whānau approach to be best connected with that whānau."

The team will work to address immediate safety needs of the whānau and then develop a plan to address ongoing safety and behaviour change. Kaitaia Women's Refuge Chief Executive Waimaria Veza said "It's important that we're all involved and communicate with each other because we need each other," reported Stuff.

Ngāti Porou is the first iwi to coordinate their own Family Group Conferences (FGC). Traditionally FGCs are organised by either a youth justice coordinator or an Oranga Tamariki, Ministry for Children (formerly Child, Youth and Family) social worker. The Ngāti Porou pilot started earlier this year focused on young people who offended.

Youth Justice Coordinator for Ngāti Porou, Simon Wharehinga said "Since 1989 tamariki have only [been] provided the one option that's to work with Child, Youth and Family then or Oranga Tamariki now and they're really taking that opportunity by the horns, so working with iwi has really taken off for our young people here," reported Māori Television.

For more information about the Government's initiatives to work with iwi on child care and protection see our previous story Ministry and iwi work on initiatives for children, young people and whānau.