The UK Home Office has announced a new domestic violence law will be introduced, criminalising patterns of coercive, controlling and psychological ... 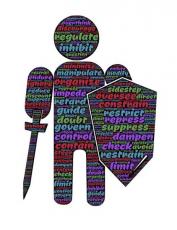 The UK Home Office has announced a new domestic violence law will be introduced, criminalising patterns of coercive, controlling and psychological abuse.

The offence, which carries a maximum penalty of five years imprisonment and a fine, outlaws "sustained patterns of behaviour that stop short of serious physical violence, but amount to extreme psychological and emotional abuse."

The Home Office carried out consultation between August and October 2013 on whether domestic violence legislation needed to be strengthened, including by creating a specific offence of coercive control. The Home Office reported that 85% of respondents agreed the law does not currently provide sufficient protection to victims and 55% agreed a new offence was required to strengthen and clarify the law on coercive and controlling behaviour in intimate relationships.

The decision to introduce the new offence was celebrated by Women's Aid, the Sara Charlton Charitable Foundation, and Paladin National Stalking Advocacy Service who had been campaigning for the change. Polly Neate, Chief Executive of Women's Aid said "We hope the new law will signal that a culture change is needed in responding to the abuse so many women experience."

However creating a new offence was opposed by Refuge which says the bigger issue is that Police do not currently implement existing laws adequately. Sandra Horley, Refuge Chief Executive, said "Refuge recognises that the Government is trying to address violence against women and girls, but we do not believe that criminalising coercive control is the right solution. We already have enough laws – the problem is that they are not being implemented properly. The police don’t even arrest when there is evidence of serious physical violence, so how are police and juries ever going to understand complex concepts like coercive control?"

More recently, Women's Aid has expressed concern over the wording of the proposed legislation, saying it could too easily be manipulated by the perpetrator. The proposed legislation allows for control by a partner if the perpetrator believes it is in the victim's "best interests." Women's Aid warns that perpetrators already justify their abuse as being in the woman's best interest. Chief Executive Polly Neate said "... the very nature of coercive control is that both the perpetrator’s and the victim’s perception of what is in her best interest are commonly distorted. In a situation where the alleged perpetrator is also the victim’s carer, for example, we believe the only test of 'best interest' must be objective, for example the opinion of a trained professional. We recognise that anyone accused of the offence should have the ability to defend themselves but we believe that this is captured in the wording of the rest of the offence. We urge the government to rethink the defence to ensure it cannot be manipulated by perpetrators."

The legislation is to be brought in through amendments of the Serious Crime Bill which entered the Committee stage on 13 January 2015.

The Home Office has also commissioned an investigation into the Police response to domestic violence, including a national oversight group to lead implementation of the report's recommendations in a bid to improve how the Police deal with domestic violence.

The Home Office expanded the official (policy, not legal) definition of domestic violence to include coercive control in March 2013.