The Accident Compensation Corporation (ACC) has provided $1.4 million for a three year partnership with the New Zealand Union of Students’ ... 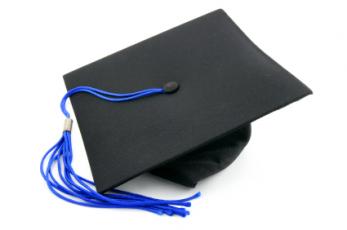 The Accident Compensation Corporation (ACC) has provided $1.4 million for a three year partnership with the New Zealand Union of Students’ Associations (NZUSA) to prevent sexual violence in tertiary education settings.

Radio NZ reported that the work will involve training programmes and a review of policies around sexual harassment and sexual violence prevention in tertiary institutions. The programme will also provide education and communications to students and staff.

NZUSA said the agreement will more than double NZUSA’s financial and staffing capacity.

NZUSA National President Jonathan Gee said "This is an historic milestone for students. It empowers the student movement to undertake a comprehensive work programme to stamp out rape culture and sexual violence in our communities. It shows we can be true to our principles and beliefs and work constructively with a government of whatever shape on issues we both see as a priority."

Mike McCarthy, ACC’s Violence Injury Prevention Manager said "ACC is delighted to be working with NZUSA to rid our communities of sexual violence. This partnership means that we can work together to provide more support to young people and make a real difference."

On 24 August 2017, a report from a survey on tertiary students’ experiences of sexual violence and secondary school sexuality education will be launched at Victoria University of Wellington. The In Our Own Words report will also include recommendations for both the secondary and tertiary education sector. A link will be added to this page when the report is available.

A report Change the course: National report on sexual assault and sexual harassment at Australian universities has recently been published (Australian Human Rights Commission, 2017). A national survey measured the experiences of over 30,000 students across all 39 universities, in the first attempt to examine in detail the scale and the nature of the problem in Australia. It found around half of all university students (51%) were sexually harassed on at least one occasion in 2016, and 6.9% of students were sexually assaulted on at least one occasion in 2015 or 2016. A significant proportion of the sexual harassment experienced by students in 2015 and 2016 occurred in university settings.