A 'yes means yes' affirmative consent requirement has been introduced for Californian university campuses. The new bill stipulates that affirmative ... 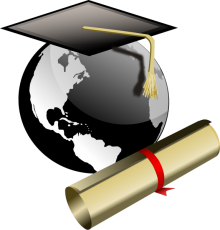 The new bill stipulates that affirmative consent, or voluntary agreement rather than a lack of resistance, is required for consensual sexual activity. The bill also requires California colleges, universities, and community colleges to develop survivor-centered policies for addressing sexual assault on campus.

The bill goes on to state that someone who is drunk, drugged, unconscious, asleep or unable to communicate due to a mental or physical condition cannot consent. In addition, an accused perpetrator cannot use self-intoxication or recklessness as a defence for thinking that there was consent.

The 'yes means yes' bill is the first law in a US state to make the language of affirmative consent a central principle of school sexual assault policies. Advocates welcomed the bill, saying that implementing the legislation will help change the pervasive opinion that rape must involve physical violence and protest. CALCASA said the bill would set a precedent for other states that may consider implementing legislation for developing survivor-centered policies.

Michael Kimmel and Gloria Steinman sought to preempt the expected 'howls of protest' by opponents by writing an article in the New York Times. They point out that affirmative consent has been the law in Canada since 1992 but this has not seen the reporting of sexual assault skyrocket. In response to claims the notion would "destroy the mystery of campus sex," they ask:

"But seriously, since when is hearing 'yes' a turnoff? Answering 'yes' to, 'Can I touch you there?' 'Would you like me to?' 'Will you [fill in blank] me?' seems a turn-on and a confirmation of desire, whatever the sexual identity of the asker and the asked."

The bill is a response to a current White House focus on addressing sexual violence on campus.

In New Zealand, Clementine Ford has argued for introducing affirmative consent in an article on Stuff. She writes:

"Of course, there will be those naysayers who rush to condemn what they'll no doubt refer to as the bureaucratisation of sex and partnerships. 'Sex is going to require a signed contract now!' they'll spit, ranting about the loss of spontaneity, as if wanting to institute social measures to decrease the rates of sexual assault is akin to wrapping their bedrooms in red tape and government protocols.

For those of us invested in a world in which the accepted norm for sexual interactions really is that they're participated in with equal consent, it's a no-brainer. Intermittently checking in with your partner(s) to make sure everyone's having a good time shouldn't be seen as an imposition or a buzz killer, but the standard."

Research and resources on campus-based sexual violence prevention are available in a previous NZFVC news story.