Supporting those experiencing domestic violence in the workplace has been highlighted through the recent release of research by the Public Services ... 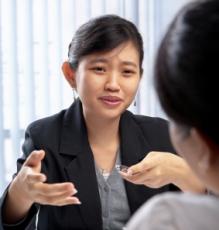 Supporting those experiencing domestic violence in the workplace has been highlighted through the recent release of research by the Public Services Association (PSA) and proposed new Member's Bill.

Commissioned by the PSA, the report Productivity Gains from Workplace Protection of Victims of Domestic Violence authored by Sherilee Kahui, Bryan Ku and economist Suzanne Snively, found domestic violence costs employers $368 million a year, which could be avoided through workplace protections.

The report finds providing women with support and workplace protections increases productivity and saves employers costs in recruitment, retention, re-training, health and safety. For every woman whose experience of violence is prevented through a workplace protection, employers can avoid an average of $3,371 in production costs in a particular year.

In an interview on Radio New Zealand's Checkpoint programme, Suzanne Snively said supporting women experiencing domestic violence to stay in employment is critical in reducing the effects of violence, as employment provides a sense of self worth and financial stability, helping women to find a way out of the violent relationship.

The research has been welcomed by the Human Rights Commission, Families Commission and the Council of Trade Unions. Equal Employment Opportunities Commissioner, Jackie Blue said "Work is not solely a source of income that provides for the basic necessities in life, but has the potential to satisfy social, intellectual and personal needs and therefore is integral for a life of human dignity. It is critical to reducing the effects of violence and abuse."

The PSA has been working to highlight the importance of treating family violence as a workplace issue. Resources supporting workplaces to address family violence can be found on the PSA website, including a short video, posters, leaflets and a positive relationship quiz.

Members' bills are bills introduced by members who are not ministers. Bills are entered into a ballot and are debated when drawn from the ballot.

Other resources examining domestic and sexual violence and the workplace include:

The Impacts of Domestic Violence on Workers and the Workplace (2013) by Margaret Rayner Thomas, University of Auckland

Domestic Violence and the workplace - A TUC Survey Report (2014) by the Trades Union Congress, UK

Report on a scoping study into the effects of sexual violence on employees and the workplace (2014) by Inara Walden & Ludo McFerran, UNSW, Australia